The Man Who Saved Central City

Picking up months after the Singularity attacked Central City, Barry is still struggling to forgive himself for Eddie’s death. Concerned about putting his friends in danger, Barry has pushed everyone away and has chosen to protect the city on his own. When a meta-human named Atom Smasher attacks the city, Iris tells Barry that he needs to let his friends help him protect the citizens of Central City. Meanwhile, Cisco helps Joe with his Meta Task Force. 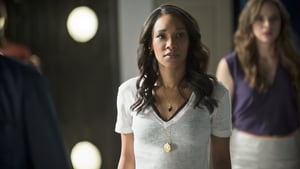